George Street in downtown Brisbane is home to tall buildings, bustling cafes and court districts, but it was still the home of the underwear empire until the 1990s.

At its peak, Jenyns Patent Corset produced 45,000 corsets a day, seven of its factories creaked, and thousands of mechanics and tailors worked hard.

Behind this successful company is Sarah Jenyns, a “fierce independent” woman who uses her medical education to revolutionize the clothes women wear every day.

The Queensland State Library (SLQ) pays tribute to her in a six-month exhibition called Magnificent Makers. 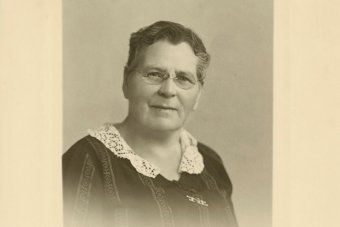 “I don’t think we can really imagine or understand what it’s like to wear such clothes every day,” she said.

Ms. Thurgood said that Jenyns led the seven children to a hard life, and she was lifting the heavy trash can when she came up with the design to change the rules of the game.

“She wants to make a more comfortable corset for women every day because she gets a lot of pain from her.

“Obviously their work is very good because people like them, women like them, and business is booming.” PHOTO: An illustrated medical advertisement from the 1910s. (Supplied: State Library of Queensland)

Jenyns’ bodice and surgical straps are designed to reduce back pain and help women recover from painful surgery.

“In those days, women had a lot of surgery, hysterectomy and similar things, so there were medical elements,” Ms. Thurgood said.

“You need a corset to support you.”

Jenyns developed a structural network called Vertabrella that bends and moves with the female body to replace the whale bone. 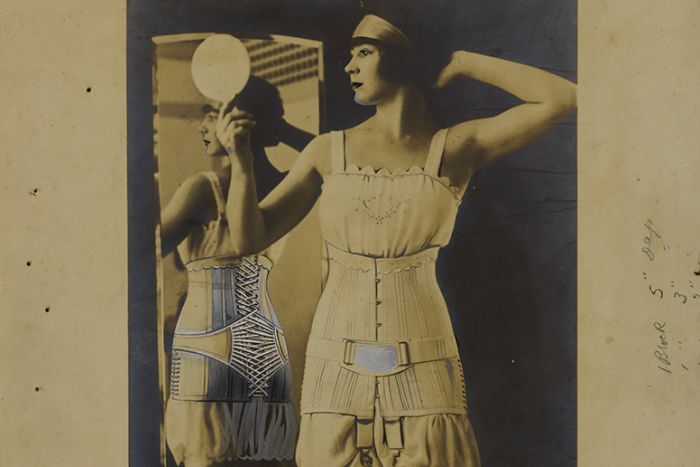 PHOTO: A young woman modelling a Jenyns corset in the 1920s. (Supplied: State Library of Queensland)

Ms Thurgood said Jenyns’ training as a nurse and her exposure to surgical instrument making played a major role in her success.

“She knows that it is very important to work with doctors and plastic surgeons and know how to reach these people,” she said.

“She is very proud of the fact that all surgeons and doctors at London Hospital and Brisbane Hospital strongly recommend [her corset].”

As we all know, Jaynes is a shrewd female entrepreneur.

She is the first manufacturer of corsets to produce different garments to suit 12 different body types.

Her design, made of pastel-coloured fabrics criss-crossed with straps, buckles and laces, also allowed women to get into the shapewear unassisted.

“The major revolution in this corset is that you can do it yourself,” Ms. Thurgood said.

“[If] you pull the front belt with half a pound of pressure, you will tighten a pound at the back.

“They will make you feel that everything is tight and will give you a nice silhouette underneath your clothes.”

Jenyns died in 1952, but her family continued to sell belts and busts at the Brisbane store until 1992. PHOTO: The corsets were made to be beautiful and functional.

She trained a nurse and worked with her husband while raising five children.

When Ebenezer moved his family to the coalfields of New South Wales through a carriage to spread the gospel of religion, their lives changed dramatically.

“[He] believes that he got a sign from God and cleaned up the family,” Ms. Thurgood said.

“They are mobile, I think it’s really hard for Sarah.” 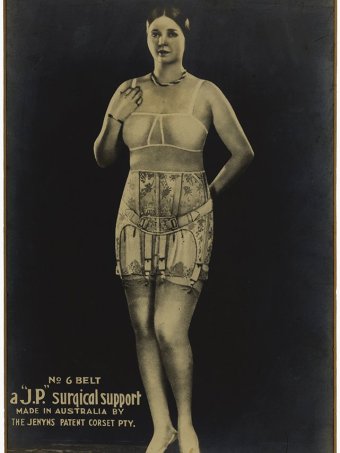 Jenyns gave birth to a sixth child under difficult circumstances, and one of her children drowned in a puddle.

Ms. Thurgood said she never forgive her husband’s child and vowed to pursue her ambitions when she moved to Brisbane in 1896.

She hired 15 tailors and mechanics to implement her design and migrated to a larger space to meet demand in three years.

After her underwear entered the women’s wardrobe across Australia, she left Brisbane and patented her corset abroad.

“For me, this is the most amazing part of her story,” Ms. Thurgood said.

“She is a woman of seven children, wife and mother, but with her global patents and designs, she took off on her own and went to the UK, where she immediately contacted the hospital’s doctor and plastic surgeon.

“She sailed to Europe, Canada and the United States and sold her corset licenses in these countries.

“She was a real pioneer and a very independent woman, which was very unusual at the time.”

Jenyns’ business and contributions to the community made her a member of the Queensland Business Leaders Hall of Fame in 2014.

The building where all this started is still standing on George Street.